All collectives, including families, corporations, and businesses of all kinds have issues that need to be faced. Usually the way we work with this is to take a shotgun approach—that is, we try the intervention that seems most likely to work given our experience and understanding of the concern. However, there is a much more effective and efficient way to approach any troubling process that we encounter in our collectives.

All collectives have a center of gravity world view. This means that collectives have a structure that is built on a particular belief system, and this is concretized in the mission statement, the policies and procedures and norms of the organization, and the kind of systems that they use to organize their work together.

For example, a common belief system is what we call a 3.5 /Modern/Achiever perspective. The predominant basis of this kind of collective is looking to the future, with a creative imagination of what that future can hold for the collective. Goals and outcomes are set by a CEO with input from others, and a plan is put into place with timelines and data points and benchmarks along the way to achieve the goals of the organization. The organization has a hierarchical structure with the CEO at the top and a series of managers (of managers of managers, etc.) who supervise the part of the organization they are responsible for and who organize their areas to support the goal orientation and the outcomes of the organization as a whole.

An existential, or leading-edge issue. The organization or collective may be growing into a later level belief system. For example, a 3.5 Modern collective may begin pressing into the working with more complex adaptive systems (a 4.0 Post-Modern, Pluralist complex adaptive systems belief) while it is organized structurally around a 3.5 Modernist system. This can cause quite a bit of confusion! If you handle this from a breadth issue of 3.5, you will not solve the problem. The solution lies in moving the 3.5 culture to a 4.0 culture.
There may be issues around robustness and breadth—that is, everyone is working well together at a 3.5 Modernist level, but some of, or the whole of the organization is missing some critical skills that will keep it intact. This often has to do with technological advances, and we see businesses lose their cutting edge because they aren’t on the cutting edge of the next level of technological skills. Their organizational belief structure may be the same, but they may have an issue of not being able to reformat their business related to these new discoveries. For example, the business of processing films into pictures (slides, negatives, etc.) has all but gone by the wayside because of the technologies of cameras on cell phones and immediate access to photos online. Failing to build skills around the new technology can cause problems in the business as a whole. Not all breadth issues are large. There are many smaller issues that fit in this category that may not be noticed. Even though failing to notice them won’t put you out of business, the effect of these kinds of issues are real and have an effect. These effects will materialize even if you remain faithful to your 3.5 mission, values, and structural beliefs organizationally. The solution does not require a new structure at 4.0 to adapt, but it does require you to utilize your 3.5 structure in a new, expanded way.
The third area is related to the darker issues in a collective. Regardless of whether the structure you have is at the 3.5 Modern level or the 4.0 Post-modern level, these issues relate to the underlying hidden beliefs that cause harm in part of or all of the collective. For example, there may be a very negative story about the organization that the employees believe and impart into any new employee that comes into the organization. “We have a bad reputation here.” “The powers that be don’t care about us.” “This is not a good place to work.” If these rumors are true it is imperative that they are cleared up if an effective, efficient organization is to flourish. This is a positive thing. However, it is not uncommon for these kinds of beliefs about the collective to remain even if everything has been improved. Perhaps changes have been made, but the past, negative, belief systems and stories within the organization haven’t changed. This kind of issue is a ‘shadow’ issue and usually falls into the category of negative gossip which can be handed from participant to participant. The negative gossip issue often comes from an earlier developmental level (2.5 Traditional belief system). This requires us to go back into the history of our collective culture and address it overtly and create a new story of healing and robustness.
When an issue arises in your collective/business/organization, it can be very helpful to look to see what kind of issue has arisen. Each level of issue demands an entirely different intervention. If you apply the wrong type of intervention to the issue (i.e. a leading-edge issue when the issue is a breadth or robust issue) the intervention can actually make the problem worse and create a new unnecessary issue that you will have to contend with in addition to the original one you are trying to solve.

Listen to Terri and Kim as they talk with Maureen Metcalf about the developmental levels of collectives. 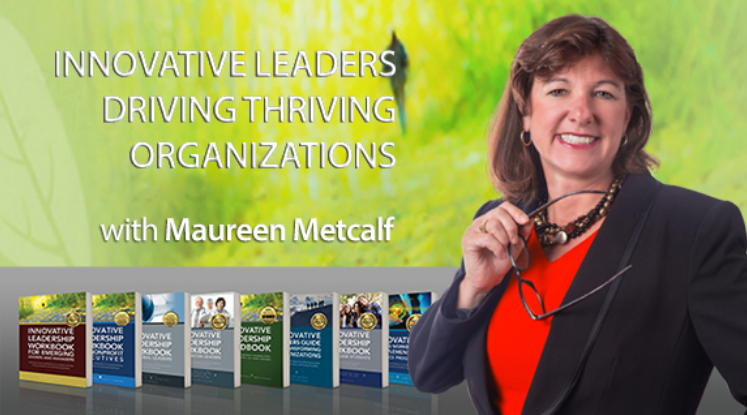