STAGES International was founded by Terri O’Fallon, PhD and Kim Barta, MA in 2015 to offer training and resources informed by the STAGES Model of human development.

We seek to create cultures, contexts, systems and fields that mirror a healthy interconnected web of all life, of individuals, of communities, of the planet and beyond.

We offer programs and services to individuals and organizations based on The STAGES Matrix. Our offerings provide methods and processes that allow participants to grow and develop in a healthy way, and to observe their development more clearly. This allows them and to make assessments of the most important parts of their lives while taking into account the effect their choices make on others. With this kind of clarity they can better see their current situation and creatively map out how to understand problems, actualize potential, and create the conditions for healthy future development and more positive, personal impact that ripples outward into the world.

We seek to embody the highest expression of the values embedded in our vision for the future. Core values include:

STAGES is a model of ego development starting at infancy and moving into increasing levels of differentiation and integration through adulthood. A stage is a coherent and internally consistent belief system that describes how someone is likely to think, feel, and behave in various life situations. A stage is the level from which we consistently make meaning of life’s experiences.

The Swiss psychologist Jean Piaget developed stages for children which most of us know, including sensorimotor, preoperational, concrete operational, and formal operational. One could think of STAGES both bringing more vigor to this original model and also continuing it into a much fuller expressions of ego development throughout adulthood.

This model is not a hierarchy like a ladder or a staircase. It is more like a balloon, where human perspectives evolve around and as our egos, not merely “on top” of an existing structure. One of the best ways to understand this model is that it allows us to see where and how we make meaning, and what is an “object” of our conscious versus an object that we are “subject” to.

That is one example of hundreds that could be given to show how humans evolve in their capacity to develop awareness of concrete objects like bicycles and toys, subtle objects such as thoughts and feelings and relationships to relationships, and even metaware objects, like awareness of awareness itself.

There are three tiers in this STAGES, each with four parts:

Concrete: This tier contains the first four stages. We call it “concrete” because the objects that come up into consciousness are concrete, like a house, a family, food, a job, etc.

Subtle: The objects that come up in these four stages are subtle, like reasoning, or subtle emotions like empathy or vulnerability.

The STAGES model can predict how we are likely to understand our experience of ourselves and our world. While STAGES cannot tell what someone will believe or think, it can tell us a great deal about how someone will hold their beliefs or their thoughts.

For instance, STAGES can help us to better understand what is considered a ‘fundamentalist’ mindset, which can sometimes be religious in its orientation — but this stage of development does not always manifest through religious belief. Someone could, for instance, hold an atheistic, scientific, or relational truth in a ‘fundamentalist’ manner, even if the thought or belief itself seemed to be much more complex.

By studying and understanding the attributes of all the stages of ego development yet known to us, we can better understand how others are making meaning of themselves, their worlds, their challenges, and their potentials. This can have profound implications for those of us who interact with many different kinds of people, and who may normally assume that we are “mostly all the same” when it comes to things like beliefs and values.

STAGES can help us to understand others’ meaning-making much more precisely and, in so doing, better ensure that we’re listening fully and speaking in a manner that can be understood. STAGES can offer a powerful bridge to more effective and more compassionate communication because we stop presuming that most people are simply “like us” when it comes to how they see themselves and their worlds.

Our Certifications and our Assessments are specifically designed to bring the rigor and predictive qualities of the model to those professionals who are best suited to use this work inside of their practices, businesses, and personal self-development.

The Research Behind the Model

STAGES is a recent theory and assessment methodology for human development, created by Terri O’Fallon and based on her decades of experience in education and years of research on development. Four research studies have been completed.

How It’s Being Used

STAGES is currently being widely used in many different places in the world.

… with individuals it’s being used by therapists, coaches, educators and teachers, and motivated individuals wanting to harness the power and predictive capacities of STAGES to better serve their clients, students, and activities in the world.

… with institutions STAGES is helping senior leaders and founders to better assess their own organization so they can understand how to motivate, inspire, and satisfy the needs of those who bring the institution to life, no matter if that include students and teachers, non-profits and their clients, or think tanks and their principle partners.

… with companies and their cultures CEO’s and founders can better assess their leadership teams and their employees, and ensure that they are working and communicating in ways that create the most harmonious cultures, efficiency shared outlooks, and common values to motivate and inspire.

… by academics to addresses a wide range of issues that are benefiting from this developmental understanding, such as climate change, pedagogy, psychology, conflict resolution, economics, social justice, and dozens of other fields and issues. 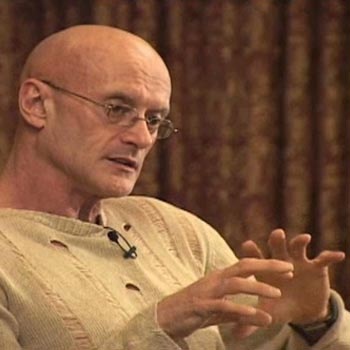 “Terri O’Fallon is one of the very most important integrally informed researchers now working. I highly recommend checking her out at your earliest opportunity!” 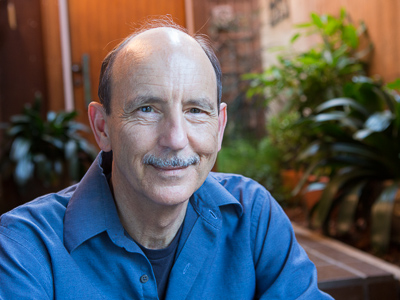 “Post-conventional developmental stages are one of the most important yet under researched areas of Integral studies, and we can all be grateful to Terri O’Fallon, who is one of the very few researchers exploring this crucial topic.” 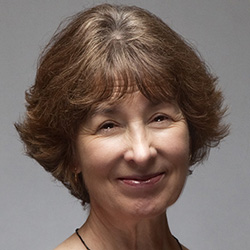 Terri O’Fallon, PhD is an Integral scholar whose research spans 40 years, including eleven research studies conducted in various colleges, public schools, and private research venues. Her most recent theory, and the culmination of a lifetime of work, is the STAGES model of human development. STAGES integrates several developmental models and is informed by Ken Wilber’s Integral Theory and Terri’s own research, to form a robust and predictive map that is being used by numerous scholars, practitioners, and leaders throughout the world.

Terri’s theory and research interests are founded in a passionate practice of auspicious curiosity, learning, and marinating in life. Teaching has been a theme throughout Terri’s life. Beginning as a preschool and first-grade teacher, she has taught every grade, including special education and the gifted. She has held the role of elementary school principal and public school-district superintendent and taught in seven colleges and universities, with over fifty years experience in teaching from pre-kindergarten through post-doctorate studies.

Her interest in life span development naturally arose from her experience in the field of education. She has a PhD in Integral Studies with a concentration in Learning and Change in Human Systems, and masters degrees in Spiritual Direction and Special Education. These embodied experiences inform her primary theory, research, and teaching theme: growing up is waking up throughout the lifespan.

Ordinariness has been the trajectory of Terri’s life. She is the eldest of seven siblings, parent of two adult children, and grandparent of two granddaughters. Steeped in philosophy, research, teaching, and a myriad of spiritual practices, her path continues to bring her solidly home to the practical living, breathing appreciation of the simple things in life.

We wake up every morning. We grow up, quite naturally. We live through joys and sorrows, and face our family, friends, and neighbors every day. We grow old and watch our life approach its end as we apprehend the birth of our grandchildren. With the gifts of so many experiences, the highs and lows of being, what seems to always remain, is what we were advised to value from birth: listening, gratitude, compassion, love, forgiveness, generosity, light-heartedness—lifelong lessons that never seem to end. 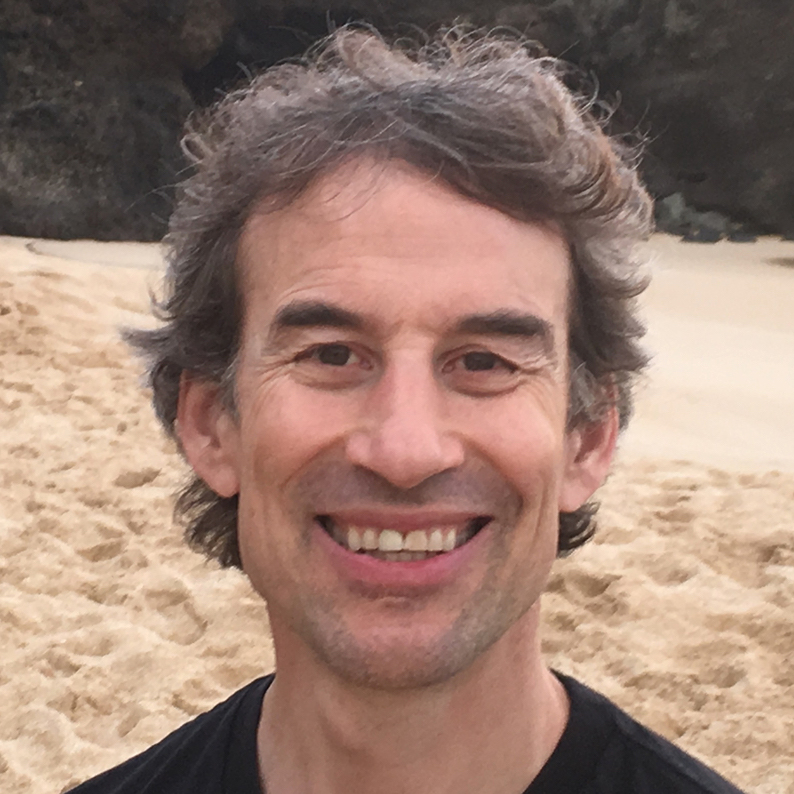 Kim Barta, MA is an internationally-recognized licensed psychotherapist, coach, spiritual guide, and speaker. His work is founded in an experiential practice that works with many different kinds of cultures and challenges, from severe mental illness and trauma to supporting the fullest expression of one’s humanity. Kim’s expertise now includes integrating developmental theory with the day-to-day work of being an active therapist and healer.

Kim graduated with a BA in Cultural Anthropology from the University of Montana in 1984. He pursued a masters in an interdisciplinary program that combined psychology, social work, counseling, and sociology for a broad perspective for healing. He lived with a Native American shaman and did his masters thesis in shamanism and modern psychotherapy.

After developing and implementing a successful training program in the construction industry for people suffering from severe mental illness such as bipolar, schizophrenia, and Axis 2 Disorders, Kim pursued outdoor leadership, becoming an instructor with the international Outward Bound schools. Kim went on to develop a mental health treatment program for children and youth that was adopted by three hospitals in Montana. In 1992, Kim and his wife, Dr. Katie Carter ND, co-founded and continue managing a mind/body healing arts clinic in Polson, Montana, nestled beneath the high Mission Mountains on the shore of Flathead Lake, in the Flathead Indian nation.

Ever seeking better ways of healing in the life of self, other, families and children, Kim has developed several successful new forms of therapy that lead to deep and rapid healing. These therapies have proven themselves effective with a wide range of issues, including: depression, anxiety, PTSD, anger, addiction, chronic pain, physical illnesses and weight loss and personal growth. People utilize his psychology/coaching/spiritual guidance practice, on a global level.

Currently, Kim has joined his sister, Dr. Terri O’Fallon, to present workshops and trainings on STAGES, a new model of human development developed by Dr. O’Fallon. Kim’s long history of working with such a wide variety of clients has made his expertise invaluable. He brings nuance and direct application into the STAGES model, allowing it to be integrated into the dynamic and fluid world of psychotherapy and coaching.